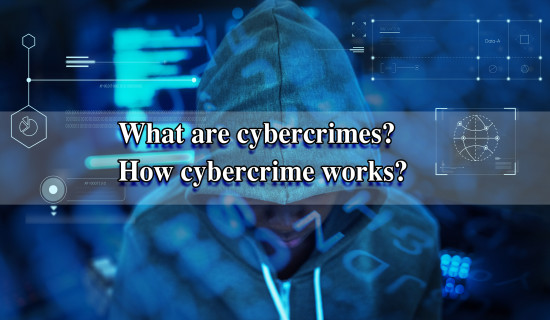 Today is the time of the internet, computers, and digital technology.

And, in this age of the Internet, we spend much of our lives online. However, there are many reasons why the internet is so fun and popular.

Getting the latest news through various websites, talking to our loved ones from anywhere, chatting and communicating via video call, shopping online through the internet, getting accurate information on any subject, watching videos for entertainment, playing online games, and online bills. Today it has become possible to do almost all kinds of work like payment easily through the internet.

Honestly, I think the internet is a contribution to us

Simply, if there is no complete internet for one day, it can have a lot of impact on public life.

At any given time, billions of people are active on the Internet and use various websites or applications to access the Internet on their mobile phones or computers.

In this case, there are many people who use computers and the internet to steal their personal information, cheat, and extort money from these "online traffic" or "online internet users" through various illegal means. More other crimes.

Thus, the crimes of cheating, privacy, and data theft or misuse of data online through a mobile, computer, and internet are called cyber crime or cybercrime. And, those who commit this kind of cybercrime are called cybercriminals. There are different types of cybercrime on the internet. This means that cybercriminals can deceive you through various illegal means online. You may be the next victim if you are not careful when using the Internet.

And using this internet, all kinds of crimes are included in cybercrime. Cybercrime is a type of crime where the perpetrator uses the Internet, computers or mobile phones, or all such electronic devices.

Then I hope you understand what cybercrime is. In a word, any kind of immoral or criminal crime using the internet is called cybercrime.

1. crimes in which the computing device is the target -- for example, to gain network access;

2. crimes in which the computer is used as a weapon -- for example, to launch a denial-of-service (DoS) attack; and

3. crimes in which the computer is used as an accessory to a crime -- for example, using a computer to store illegally obtained data.

The Council of Europe Convention on Cybercrime, where the United States is a signatory, defines cybercrime as broadly malicious activity, including illegal data interference, system interference that compromises the integrity and availability of networks, and copyright infringement.

The need for an internet connection has increased the amount and speed of cybercrime activity as the offender no longer needs to be physically present while committing the crime. The speed, convenience, anonymity, and lack of boundaries of the Internet make the diversity of computer-based financial crimes - such as ransomware, fraud, and money laundering, and crimes such as chase and bullying - easier to execute.

Individuals or groups may conduct cybercriminal activity with relatively little technical expertise or by a highly organized global criminal group that includes skilled developers and others with relevant expertise. To further reduce the likelihood of detection and prosecution, cybercriminals often choose to operate in countries with weak or non-existent cybercrime laws.

Cybercrime attacks can begin wherever digital data, opportunities, and motives are. Cybercriminals range from single users engaged in cyberbullying to state-sponsored actors such as China's intelligence service.

Cybercrime does not usually occur in a vacuum; They are, in many ways, distributed in nature. That is, cybercriminals usually rely on other actors to complete the crime. It is the creator of malware using the Dark Web to sell codes, the distributor of illicit pharmaceuticals using cryptocurrency brokers to keep virtual money in escrow, or the technology subcontractors for stealing intellectual property (IP).

Cybercriminals use various attack vectors to carry out their cyber-attacks and are constantly looking for new methods and strategies to achieve their goals to avoid detection and arrest.

Cybercriminals often conduct their activities using malware and other types of software, but social engineering is often an important component in running most types of cybercrime. Phishing emails are another important component of many types of cybercrime but especially for targeted attacks, such as the Business Email Agreement (BEC), where an attacker tries to disguise, via email, a business owner to persuade employees to pay a fake invoice.

As mentioned above, there are different types of cybercrime. Most cybercrime is carried out by attackers in the hope of making a profit, although the goal of paying cybercriminals may be different. This crime alone has caused many companies to lose billions of dollars every year. Even people are being harassed.

Botnets are used to control the security of a computer by breaking its security. Thus, when many devices are attacked by malicious software and the possession of the device is transferred to another third party, each computer becomes a 'bot'. The botnet regulator (RA) then uses network protocols such as IRC and Hypertext Transfer Protocol (HTTP). It is mainly cyber criminals who use botnets for various purposes. It is basically sent via email. Different viruses are attached to the email, the device is infected as soon as it is opened.

Ransomware is a type of malware that prevents a user from accessing a machine after infecting a computer device and restricts the user's access and demands a ransom from the user to remove this restriction. There is some ransomware that encrypts all the files on the system's hard drive with a big key. The encryption key is so large that it is technically impossible to break it without a ransom. Some even lock the user's system through a simple program and entice the user to pay a ransom through a message on the display.

It is a type of software used to disrupt the normal functioning of a computer or mobile, to collect confidential information, infiltrate a protected computer network system, or display unwanted advertisements. It can roam freely on the device without the permission of the user.

Cybercriminals use it to the maximum. Because it is very easy to fool the victim and steal his information. Personal information is stolen by persuading victims to provide their information by making fake versions of an organization's mail, mobile messages, and websites. For example, Pallab is using Google to buy books online. Suddenly I saw an e-commerce company naming the same book on two different but low-priced websites. He ordered the book with a credit card in it, but the book was not found, and his bank money disappeared. Here the website is created by the hacker and all the information given by Pallab is saved directly on the hacker's server. People and organizations are constantly being harmed by its use in cyberspace. It is difficult to understand at first sight as it is exactly the same as the original message.

A strategy to block the actual users of a resource or service in a computer system. By launching this attack on a computer or system or Internet website, the proper functioning of that system or site is slowed down or in many cases stopped altogether. This is mainly done on servers and websites.

A computer virus is a type of computer program that destroys all kinds of information without the user's permission or idea. A virus can spread from one computer to another only when the infected computer is moved to a normal computer. For example, a user can transmit the virus through a network, or spread it through a portable medium such as a floppy disk, CD, USB drive, or the Internet. Viruses can also infect a network file system, infecting other computers that use that system. Viruses are sometimes associated with computer worms and Trojan horses. A Trojan horse is a file that remains untouched until it is executed.

An attack occurs when a person accesses a computer to collect a user's personal information, which they then use to steal that person's identity or to access their valuable accounts such as banking and credit cards. Cybercriminals buy and sell identity information on the Darknet Market, offering financial accounts as well as accounts such as video streaming services, webmail, video, and audio streaming, online auctions, and much more. Personal health information is another frequent target for identity thieves.

An attack occurs when hackers infiltrate retailers' systems to obtain credit card and/or banking information from their customers. Stolen payment cards can be bought and sold in large quantities in the Darknet Market, where hacking groups who steal huge amounts of credit cards sell them to low-level cybercriminals who make profits through credit card fraud against personal accounts.

An attack involving illegal copying, distribution, and use of software programs for commercial or personal use. Trademark infringement, copyright infringement, and patent infringement are often associated with such cybercrime.

A crime involves a cyber criminal who hacks into a system or network to gain access to confidential information held by the government or other agencies. Attacks can be motivated by gain or by ideals. Cyber ​​espionage activities may include collecting, altering, or destroying data as well as using network-connected devices such as webcams or closed-circuit TV (CCTV) cameras, spying on target individuals or groups, and monitoring communications. Email, text message, and instant messaging.

The Dark Web, not surprisingly, has given birth to a digital version of an old crime known as Exit Scams. In today's form, Dark Web administrators remove the virtual currency from the Marketplace Escrow account to their own account - essentially, criminals steal from other criminals.

How to prevent cybercrime?

To prevent cybercrime, you should use your basic intelligence to judge what you can be a victim of. Although tips for preventing cybercrime differ in the category of crime, there are some general tips for staying safe from cyber-attacks.

1. Don't download songs, videos, or software from untrusted websites Often these files contain hidden malware such as ransomware or trojans.

2. Don't click on links found in random emails as you may be redirected to a phishing website.

3. Never download attachments from emails that you think are suspicious Cybercruisers send emails with a subject line such as' work from home and make money, 'run defaults',' seek friendship ', and so on.

4. Do not share your login details such as username or password with anyone even if he is your close friend.

5. Use a strong password that can be a combination of alphanumeric characters.

How to stop cybercrime?

Stopping cybercrime is the responsibility of the government or the agencies dedicated to it but you can take some steps to stop cybercrime from affecting you. The best way is to follow the cyber security tips mentioned above. Reporting Internet crime to the country's dedicated authorities is also important for examining the types of crime. Often, people are the victims of cyber-attacks due to their ignorance or negligence which causes a lot of harm to themselves or their organization. Use anti-malware on your PC and mobile to protect against virus attacks. It is very difficult to detect hidden viruses or rootkits on your PC, which can only be done using antivirus software. REVE Antivirus has powerful virus detection features that protect your PC from threats like Trojans, worms, and ransomware. 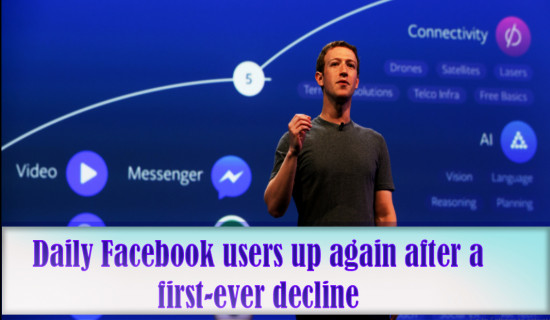 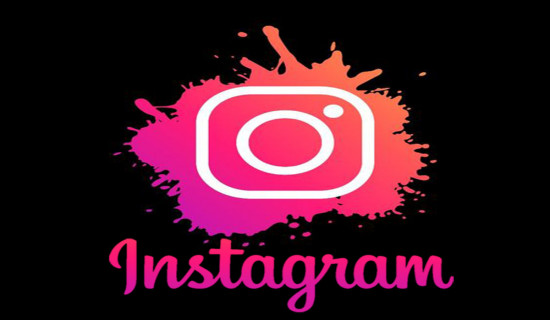 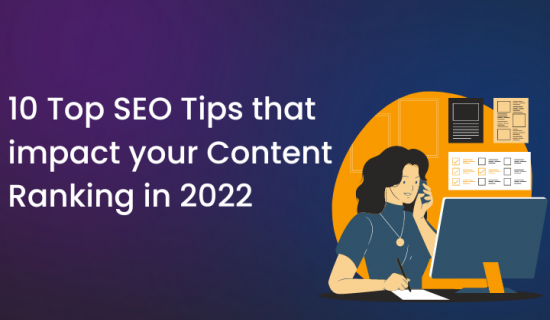 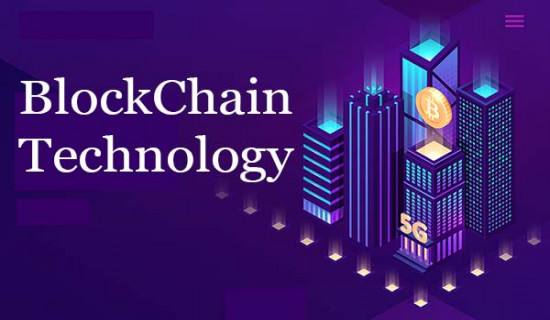 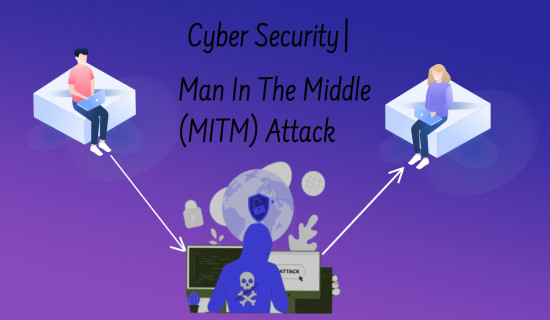